Developer and leasee of S66 Deakin, Hindmarsh P/L, has requested approval for a lease variation to increase the maximum permitted GFA of buildings on Block 7 and 8 of S66 by a factor of 41, from 500sqm to 20,500sqm, for the purpose of constructing a multi-storey self-storage facility. The concept in the application shows three distinct storage structure options with associated hardstand, car parking, landscaping and self-storage units.

This proposal is an alternative to the earlier proposal to construct 500 apartments on S66.

The development application can be viewed here.  Comments are requested before 18 May 2018 (subsequently extended upon request to 25 May 2018).

This proposal appears to be contrary to the expressed wishes of the community, as evidenced by the 3,100 signature petition supported by six local community organisations, and for the decisions of the  ACT Legislative Assembly, which called for a halt to further development pending the completion of an Integrated Plan for this area.
The Garran and Hughes Residents Action Group, the Hughes Residents’ Association and the Red Hill Regenerators intend to express their concern  to Mr Ben Ponton, Director General, Environment, Planning and Sustainable Development Directorate, regarding this matter.
Members of the community are invited make your own views known to Members of the Legislative Assembly before the 18 May 2018 cutoff.  Addresses can be found here. Members for the Electorate of Murrumbidgee are: Chris Steel and Bec Cody (ALP), Jeremy Hanson and Giulia Jones (Liberal) and Caroline Le Couteur (Greens). Mick Gentleman (ALP) is the Planning Minister, Mark Parton (Liberal) is the Shadow Minister and Nicole Lawder (Liberal) worked with Caroline Le Couteur to put forward the original motion for the Integrated Plan last year and co-sponsored the Petition. 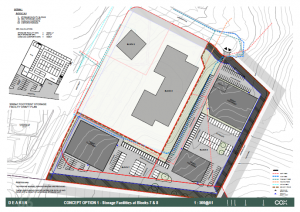