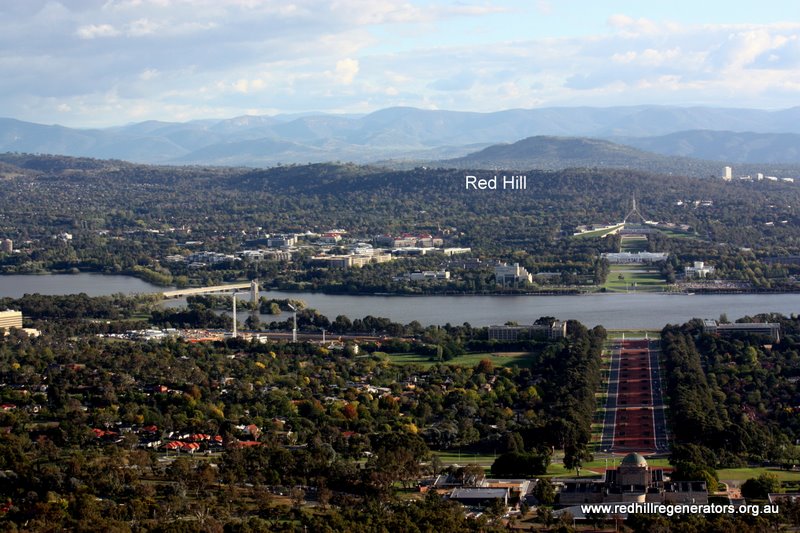 Red Hill viewed from the summit of Mt Ainslie

Red Hill, South Canberra’s wooded ridgeline, provides spectacular views of Parliament House and other national monuments framed by the Hill’s Red Gum – Yellow Box grassy woodland. This type of woodland has been extensively cleared elsewhere and is now endangered. Red Hill is one of the few places where this woodland and its wildlife can be experienced today.

Unfortunately Red Hill has had a high weed invasion. In the late 1980s weeds covered more than a third of the hill and woody weeds formed massive thickets. 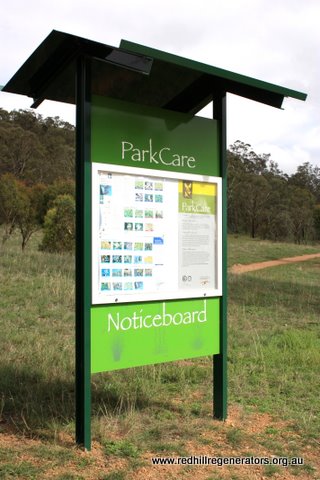 Most of the regeneration work on Red Hill involves removing invasive plants which form dense, shrubby clusters and destroy the open woodland character of the Park. These weeds include blackberry and common garden plants such as Firethorn (Pyracantha), Cotoneaster, verbascum (Verbascum thapsus) and Privet, and also natives not local to Canberra, such as Cootamundra Wattle. They occupied about 30% of the understory when regeneration began in 1988. Once they are removed, the original trees, grasses and wildflowers rapidly regenerate.

Erosion happens when removal or trampling of vegetation enables rainwater runoff to remove soil and carve gullies. Fortunately, erosion is not a serious problem on Red Hill. The Red Hill Regenerators Parkcare Group has carried out trackwork on steep tracks where erosion has occurred.

The Red Hill Regenerators has held regular monthly working bees on the hill since 1989 and has issued occasional emailed newsletters from 1990. Activities are held on the first Sunday of the Month from 09.00 – 12.30 (except January).

The main Group outcome is the transformation of Red Hill to now be one of the most significant Yellow Box – Red Gum woodland remnants remaining in Australia. Red Hill is among the largest remaining remnants of its woodland type, anywhere. It supports one of the highest diversities of woodland plants recorded in South-eastern Australia, while it is significant habitat for many endangered, rare and uncommon plant and animal species.

The Red Hill Regenerators also provide an educational and recreational service, through the provision of a system of walking tracks and engagement with local residents and community groups.

In January 2010 the Group installed about 12 nest boxes built by year 7 and 8 students at Telopea Park High School. The nest boxes will provide increased nesting opportunities for native birds.

The local community can also assist in the care of wildlife and the Red Hill environment by keeping dogs on leads, and by riding bikes only on the larger vehicle tracks.

Enjoy your time on Red Hill.

The purposes and objects of the Red Hill Regeneration Group are set out in its Articles of Association: