This map of Red Hill Nature Reserve is produced by the ACT Government and shows major tracks and contours. More…

The ACT Government produced a leaflet and map about Red Hill containing some limited information. More…

Some more A4 maps from openstreetmap.org can be printed from here

An aerial view of Red Hill as a PDF file can be downloaded from here. 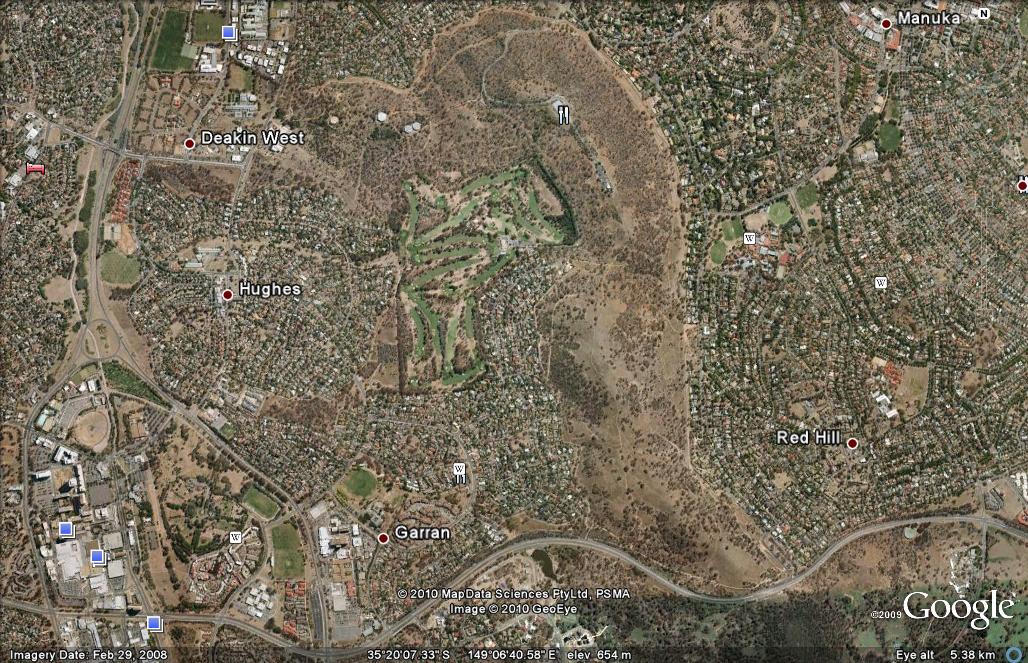 From 1917 to the early 1920s, following Walter Burley Griffin’s plan to have red flowering plants on Red Hill, Charles Weston directed the planting of about 5,000 Callistemon citrinus (Crimson Bottlebrush).  The location of the Callistemon plantings can be seen in the rectangle shown on this 1917 map.  Many of the original plants can still be seen when viewed from the summit cafe, looking towards the lake, and also by taking the concrete path from below the summit restaurant directly downhill towards Mugga Way.

The Regenerators removed large quantities of woody weeds in 2014 and 2015 and some small native plants which were obscuring the plantation, to ensure that it can be better appreciated by visitors to the Hill. 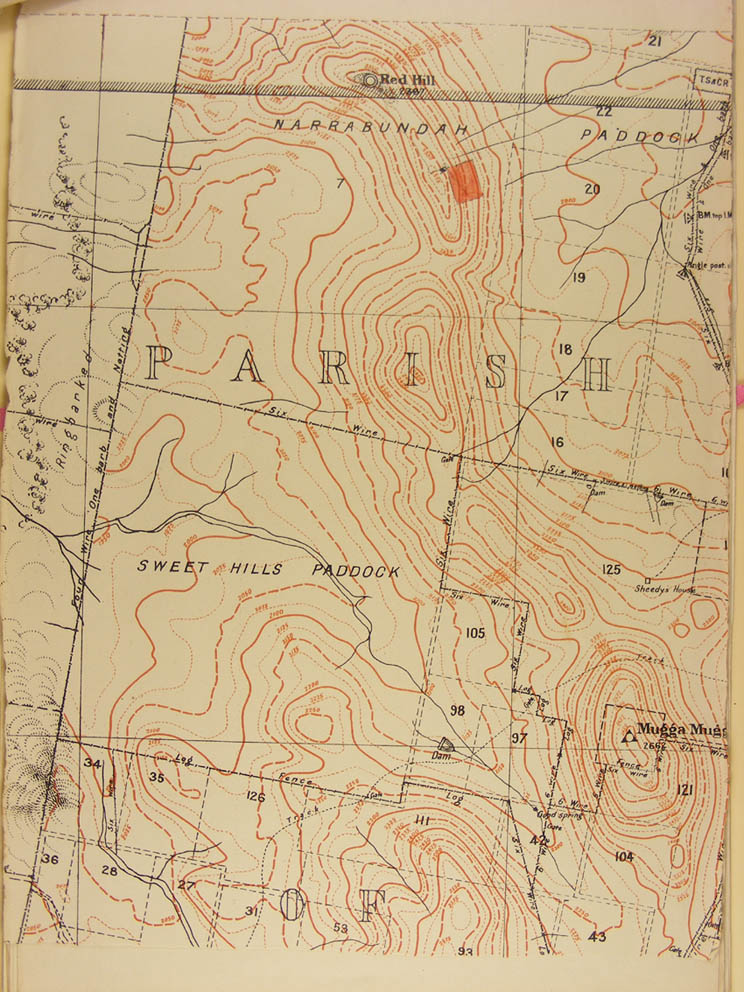 The 1940 Plan of Canberra shows the tracks on Red Hill. One track generally follows the current Red Hill Drive to the (new) water reservoir near the summit. The second track follows an abandoned route to the calistemon plantation (1915). 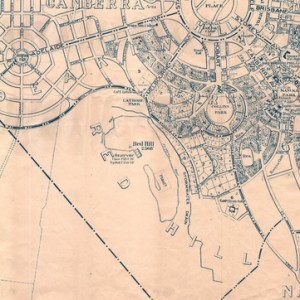 The 1943 map shows that the track to the callistemon plantation had been abandoned, with the new track to the reservoirs being extended to the plantation. 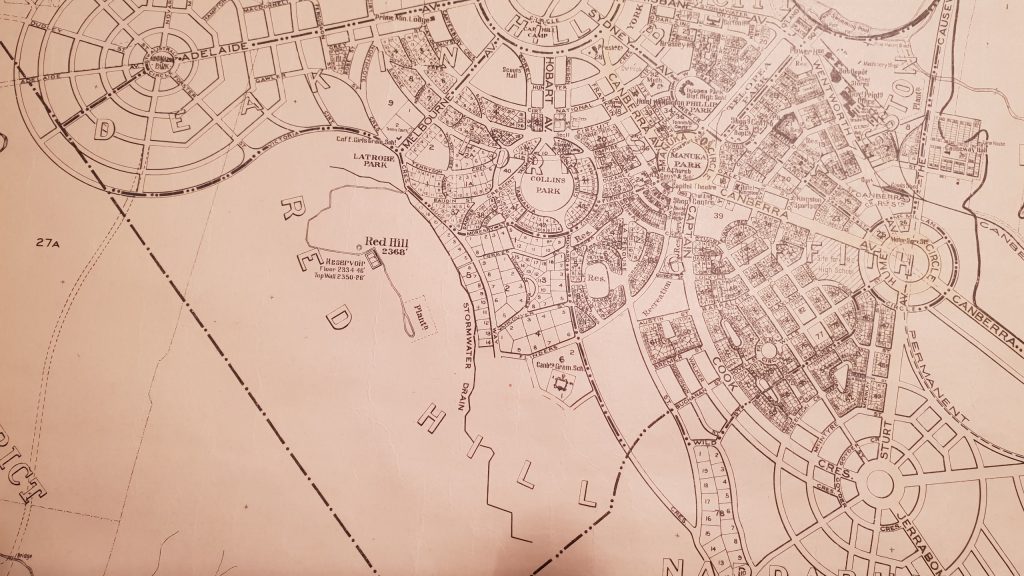