This statement of significance was prepared by Dr Michael Mulvaney and is current to January 2013.

Red Hill contains one of the largest remaining remnants of its woodland type, anywhere. It supports one of the highest diversities of woodland plants recorded in South-eastern Australia, and is habitat for 32 threatened, rare or regionally uncommon plant, bird, bat, lizard or grasshopper species. It supports large populations of 13 of the threatened or uncommon species. It is a prominent wooded back-drop to the Parliamentary Triangle and contains historic red-flowering plantings, which Walter Burley Griffin directed to be planted to enhance Red Hill’s landscape value. Exposures of metamorphic hornfels and tonalite are a regionally significant examples of their type and an important educational feature

Red Hill supports one of the largest remaining remnants of endangered Yellow Box – Blakley’s Red Gum grassy woodland in Australia. This woodland type once covered over 25,000 square kilometres, in a belt stretching from Melbourne to South Queensland. Over 90% of this vegetation belt is now cleared (1).

Yellow-Box Red Gum woodland has been highly fragmented and generally exists as isolated patches smaller than 5ha in area (4). “In terms of size, connectivity, diversity and condition, the ACT remnants are exceptional, especially the presence of larger patches (over 100 ha) in good condition.” (5) There are no Yellow Box – Red Gum remnants greater than 100ha in Victoria or the Murray catchment of NSW (6), and there are no remnants of 200ha or greater in southern NSW (7). Remnants greater than 200ha are extremely rare. There are only four remnants left in Australia of 1000ha or more and all are in the ACT (8).

Red Hill supports a Yellow Box -Red Gum woodland of about 275ha. It is a vital component of the second largest Yellow Box -Red Gum woodland remnant in Australia that covers about 1,200ha from Red Hill to East O’Malley- Symonston-Mugga Lane and Callum Brae. Although Hindmarsh Drive will be a barrier to some species, most woodland plant and animal species will be able to disperse across this highway. 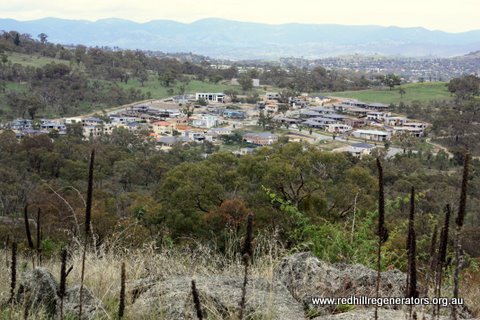 Because of its relatively large size and that much of the understorey is in good condition, Red Hill supports one of the highest native plant diversities recorded in a Yellow-Box – Red Gum woodland remnant anywhere in Australia. 196 native woodland species have been recorded on Red Hill.

The NSW National Parks and Wildlife Service has a data-base of plant species records from about 800 grassy ecosystem (grassland + grassy woodland) sites across south-eastern NSW and the ACT. Fewer than 5% of these sites have a recorded plant diversity of over 100 species (9). It is relevant that remnants of particularly high quality have been targeted in the surveys.

Given the size and diversity of its endangered woodland it is not surprising that Red Hill supports important populations of many uncommon, rare or threatened species: 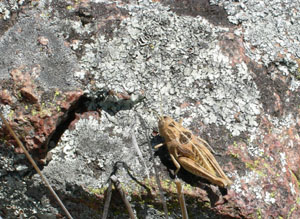 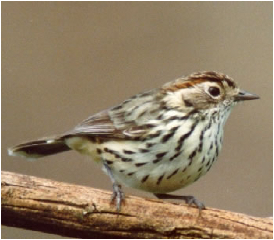 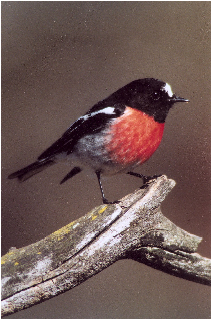 The red soil of Red Hill is caused by weathering of rocks called hornfels. Hornfels are created when sedimentary rock is metamorphosed, without melting, by contact with very hot, molten rock. Red Hill contains some of the best exposures of hornfels in the region and is an important geological education site (20). The best examples of hornfels on Red Hill are the hard rock outcrops between the summit restaurant and the golf course access road, in the old quarry 50m south-west of the restaurant and rock outcrops above Strickland Street, Deakin. A boulder of Tonalite, volcanic rock formed deep under the ground, is exposed above the Golf Club Road and is a regionally important example of its type.

Ninety year old plantings on Red Hill are another important association with Walter Burley Griffin and also with the ACT’s first Government Nursery Chief, Charles Weston. By the end of the nineteenth century much of the higher vegetation on Red Hill had been cleared. Burley Griffin called for replanting and the cessation of grazing. Grazing continued until 1997, but plantings occurred from 1917 until the early 1920s. Burley Griffin’s replanting schemes for Canberra’s hills had different coloured shrubs on each of the hills. Mt Ainslie was to be pink, Mt Pleasant white and of course Red Hill was to be planted with red flowering plants. About 5,000 plants of Callistemon citrinus (Crimson Bottlebrush) and Grevillea rosmarinifolia (Rosemary Grevillea) were planted under Weston’s direction. The Bottlebrush were planted in rows just to the east of the kiosk. The original plantings can still be observed as bottlebrush is able to resprout following fire. The Grevillea was planted adjacent to the summit road, just above the Golf Course road junction. Grevilleas are killed by fire, but the plantings have set seed so that these red flowering plants also remain on Red Hill.

4. Gibbons P. and Boak M. (2000) The Importance of Paddock Trees for Conservation in Agricultural Landscapes. A discussion paper for consideration by the Riverina Highlands Regional Vegetation Committee. (NSW National Parks and Wildlife Service).

6. Davidon I. Woodland Management Notes for the Murray Catchment. NSW Department of Environment and Conservation, 2005 and the nomination document of Yellow Box Red Gum woodland for listing as an endangered ecological community.

10. Population number from 2012 count of this endangered daisy on Red Hill. Counts of other populations are available in the Recovery Plan for the species prepared by the NSW Department of Environment and Climate Change (2010).

12.Crawford I. (1995). Rare or Threatened Vascular Plants in the ACT Region. Unpublished report for Parks, Conservation and Lands.

17. Reid J.R.W. (1999) Threatened and Declining Birds of the NSW Sheep-Wheat Belt. A report to the NSW National Parks and Wildlife Service.

19. The Grasshoppers were observed during weeding activities of Red Hill Regenerators, photographs were taken during the 2006 observation and the identity of the grasshopper confirmed by Environment ACT.